Would you like to get complete freedom from smoking or vaping?

Are you worried about the health risks or the amount of money literally going up in smoke?

Do you feel you might miss out on something if you stop?

Whatever your concerns as a Stop Smoking Cessation Specialist my aim to help you get complete freedom from smoking.*  I’ve been offering stop smoking hypnotherapy in Cambridgeshire for over eleven years and have helped many people stop smoking during that time.

I offer a tailored package that offers much more than standard stop smoking hypnotherapy session to make it as easy as possible for you to stop smoking.  I probably don’t need to mention that stopping smoking is one of best things you can do for your health. I expect you already know that.   However, what you might not know so much about is how  smoking has been tricking your brain into thinking that you need it.

‘I just wanted to let you know that I am still abstinent from smoking after 1 year on Wednesday. I would like to say THANK YOU! £ well spent!’ T Buchanan (October 2018)*

‘I have found the whole process very helpful, enjoyable, and relaxing! Its been a fantastic success as haven’t smoked since my first session nearly two months ago and I feel that, after over 20 years of smoking I have finally cracked it! Many thanks Adele.’  SR *

‘The sessions I had were very precise and to the point.  I am still smoke free, loving life and very positive.  Would recommend to anyone.’  Richard *

Stop Smoking Hypnotherapy in Cambridge & Huntingdon has a high success rate* in helping people stop smoking without the usual side-effects such as irritability and weight gain.  You might be interested to read further down about some research conducted using hypnosis to help people quit smoking.

For some people smoking is a habit but for others there may be an emotional attachment to cigarettes connected to other issues. Many people fear that they will be losing some kind of benefit or reward or that they won’t be able to cope with the cravings.  With my stop smoking hypnotherapy package we will explore why and when you smoke and any issues and beliefs connected with the habit that may have kept you stuck in the nicotine loop.

My Stop Smoking Hypnotherapy Package includes a minimum of two sessions to give you the best possible chance of stopping.  I also include a hypnosis file for you to listen to plus ongoing support via telephone and email during your first eight weeks as a non-smoker. If you would like to find out more about how stop smoking hypnotherapy can help you then call me now on 07703 211 449.  Appointments available in Cambridge at The Coach House Clinic in Trumpington, Cambridge or at my Huntingdon clinic at Brampton Chiropractic Clinic, 84 High Street, Brampton, Huntingdon.

Research into the effectiveness of using hypnosis to stop smoking

Int J Clin Exp Hypn. 2004 Jan;52(1):73-81. Clinical hypnosis for quit smoking: preliminary results of a three-session intervention. Elkins GR, Rajab MH. Texas A&M University System Health Science Center College of Medicine, USA. This study presents preliminary data regarding hypnosis treatment for stop smoking in a clinical setting. An individualized, 3-session quit smoking hypnosis treatment is described. Thirty smokers enrolled in an HMO were referred by their primary physician for treatment. Twenty-one patients returned after an initial consultation and received hypnosis for stop smoking. At the end of treatment, 81% of those patients reported that they had quit smoking, and 48% reported abstinence at 12 months post treatment. Most patients (95%) were satisfied with the treatment they received. Recommendations for future research to empirically evaluate this hypnosis treatment are discussed.

Int J Clin Exp Hypn. 2001 Jul;49(3):257-66. Freedom from smoking: integrating hypnotic methods and rapid smoking to facilitate stop smoking. Barber J. Depts. of Anesthesiology and Rehabilitation Medicine, University of Washington School of Medicine. Hypnotic intervention can be integrated with a Rapid Smoking treatment protocol for quit smoking. Reported here is a demonstration of such an integrated approach, including a detailed description of treatment rationale and procedures for such a short-term intervention. Of 43 consecutive patients undergoing this treatment protocol, 39 reported remaining abstinent at follow-up (6 months to 3 years post treatment).

J Dent Educ. 2001 Apr;65(4):340-7. Hypnosis, behavioral theory, and smoking cessation, Department of Psychology, Harvard Medical School, Beth Israel Deaconess Medical Center, Boston, MA. Although nicotine replacement and other pharmacological treatments head the list of popular interventions for smoking cessation, approaches based on psychology can also assist smokers. Hypnosis, suggestion, and behavior therapies have been offered to patients and studied experimentally for several decades. Although no single psychological approach has been found to be superior to others, psychological interventions contribute significantly to successful treatment outcome in smoking cessation. This article describes common hypnotic and behavioral approaches to smoking cessation and critically reviews some of the findings from clinical and experimental research studies. The authors also offer suggestions regarding treatment and future research.

J Occup Environ Med. 1995 Apr;37(4):453-60. Reducing smoking at the workplace: implementing a smoking ban and hypnotherapy.  Sorensen G, Beder B, Prible CR, Pinney J. Dana Farber Cancer Institute, Boston, Massachusetts. Stop smoking programs may be an important component in the implementation of worksite smoking policies. This study examines the impact of a smoke-free policy and the effectiveness of an accompanying hypnotherapy smoking cessation program. Participants in the 90-minute smoking cessation seminar were surveyed 12 months after the program was implemented (n = 2642; response rate = 76%). Seventy-one percent of the smokers participated in the hypnotherapy program. Fifteen percent of survey respondents quit smoking and remained continuously abstinent. A survey to assess attitudes toward the policy was conducted 1 year after policy implementation (n = 1256; response rate = 64%). Satisfaction was especially high among those reporting high compliance with the policy. These results suggest that hypnotherapy may be an attractive alternative stop smoking method, particularly when used in conjunction with a smoke-free worksite policy that offers added incentive for smokers to think about quitting.

Anaesthesia. 1994 Feb;49(2):126-8. Comment in: Anaesthesia. 1994 Oct;49(10):917-8. Reducing smoking. The effect of suggestion during general anaesthesia onpostoperative smoking habits. Hughes JA, Sanders LD, Dunne JA, Tarpey J, Vickers MD. Department of Anaesthesia, Morriston Hospital, Swansea, West Glamorgan. In a double-blind randomized trial, 122 female smokers undergoing elective surgery were allocated to receive one of two prerecorded messages while fully anaesthetized. The active message was designed to encourage them to stop smoking whilst the control message was the same voice counting numbers. No patient could recall hearing the tape. Patients were asked about their postoperative smoking behavior one month later. Significantly more of those who had received the active tape had stopped or reduced their smoking. This would suggest a level of preconscious processing of information.

*Disclaimer: Results may vary from person to person.

Signup to receive an occasional newsletter about well being and positive mental health. 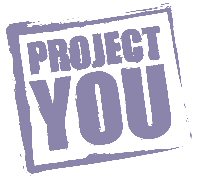 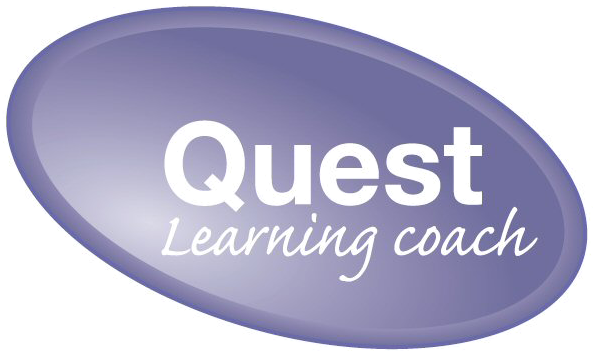