Since the New Year two more of my family members are no longer with us due to smoking-related disease. As such, I thought I would make this first blog on my new wordpress website about smoking in the hope of trying to convince a few people who really want to stop smoking, but may be struggling, to try again! If you know consciously that you really want to stop smoking and are unhappy about your habit but for one reason or another continue to smoke (perhaps after a number of attempts at stopping) then this blog is for you!

You’ve probably seen the latest government ads on the TV about how every 15 cigarettes you smoke causes a mutation in the cells in the body!  Even though I don’t smoke anymore I find myself wanting to turn my head away and not look – how about you?

If you really want to stop smoking but are worried about how you will cope without a cigarette then you might like to consider how you will eventually cope if you carry on! I personally don’t think that many people who smoke are happy or even neutral about their habit these days. Let’s face it there is just too much evidence against smoking nowadays and the reason the government is spending money on expensive television advertising is because it’s costing the NHS far too much to keep treating smoking-related disease.

Its not just lung and other cancers that smokers have a much high risk of getting, its other diseases such as emphysema (imagine not being able to breathe) and of course the terrible after effects of coping with a serious stoke or heart attack! However, according to statistics from ASH, a public health charity, ‘half of all regular smokers will be killed by their addiction!’  Are you willing to play with odds of 50:50?

You might be interested to know that there are over 4,000 chemicals in cigarettes and over 400 of them are toxic. Many people are currently angry about the horse meat scandal as they believe they have a right to know what they are eating but consider this: If tobacco companies had to put a label on their packets like food companies then there wouldn’t be enough space on the packet! When I did some research on these toxic chemicals I was horrified to know exactly what I had been previously putting in my body. Here are some of the main carcinogenic ones:

Carbon Monoxide: Think of car exhausts and ask yourself would you suck the fumes from your exhaust?  Well it’s the same stuff you are inhaling in your cigarette! It binds to haemoglobin in your bloodstream and prevents the cells from oxygen uptake.  Your heart has to work much harder to deliver oxygen around your body.

Benzene: Found in petrol and used as a solvent for gums, fats, waxes and resins. Makes you light-headed and dizzy, irritates the nose and throat and can cause upset stomach and vomiting.

Formaldehyde: Highly flammable, used as a disinfectant, germicide, fungicide and embalming fluid.  Irritates the airways and eyes and can cause skin and lung allergies.

Beryllium: Is used in manufacturing electrical components, chemicals, ceramics and x-ray tubes and causes severe bronchitis or pneumonia and also scarring on the lungs and other organs.

Cadmium: This chemical can cause malformations in a foetus and reproductive damage as well as kidney damage, emphysema and anaemia.

Although I wish that I hadn’t started again during a stressful period (after seven smoke free years) and then struggled to quit for a while, I’m happy to say that with some mind reprogramming using hypnosis, NLP and determination, I managed to get my head in the right place to stop smoking!  I know sometimes people feel like a failure when they start again after perhaps stopping for a week, a month or even three months but the important thing I would say is don’t stop giving up! I knew consciously that I really wanted to stop smoking and that if I kept focusing on giving up then my unconscious mind would eventually get the message.  I just had to work through some issues that were getting in my way.  Once I did that it was actually really easy because my conscious and my unconscious were aligned.  I just didn’t want to do it anymore!  Willpower was not necessary as the decision was made.  Perhaps you can remember a time when you just decided that you were going to do something or not do something?  I wouldn’t say I experienced cravings as such, just some tension in my body especially around the 3rd-5th day but I knew that would happen and that it would pass.  What’s a bit of discomfort compared to being free of a habit and enjoying life so much more when you can breathe properly and do things without thinking about when you are going to be able to light up again?

Having said that, giving up smoking does require that you prepare yourself to go through a period of change.  If you have a strong physical addiction to nicotine then you may experience some withdrawal effects for several weeks afterwards that can include insomnia, constipation, tension and even a higher level of anxiety than normal because your body and mind are adjusting and rebalancing. Some people can even experience a mild degree of depression.  These effects are usually short-lived and its worth bearing in mind that your brain and body are readjusting to coming off a drug and that when you stop smoking you are also not getting the adrenaline buzz that your body previously produced to deal with the toxic chemicals.

One way to counter-balance the effects of withdrawal is to make sure you get some exercise which will release some feel good hormones in the body, release tension and lift the spirits.  As many people also enjoy their food more after giving up and so may be inclined to eat more then exercise will also ensure that you don’t put weight on.  Even 10 minutes a day will make a huge difference.  I know many people worry about putting on weight but making a few very small adjustments will avoid this issue. Smoking doesn’t keep you thin, just look around and you will see plenty of overweight smokers. As a Cognitive Hypnotherapist I am always happy to give my clients a download or a CD to listen to that will help reinforce certain positive behaviours and beliefs as well as help them relax.

Many people fear giving up smoking because they are emotionally attached and have convinced themselves that they need a cigarette to get through the day.  From my personal and professional experience, cigarettes are used as a crutch to deal with feelings, very often stress, anger and fear!  However, although you might experience momentary relief, the supply of toxic chemicals and resultant effect on the body is really just exacerbating any negative emotions that you may be experiencing and keeping you stuck in a vicious circle.  I realised that I was using them to push my own feelings down for a while until I decided that it was best to deal with them.  Confronting our feelings and dealing with our issues can clear the way for us to make better decisions about our lives and enable us to move forward in a more optimistic frame of mind.

Whilst some people are completely ready to stop and might only need one session of hypnotherapy, other people may need a number of sessions.  Cognitive Hypnotherapy can help people work through any issues that might be getting in their way of stopping smoking and it may involve learning techniques for dealing with their emotions or letting go of certain beliefs that are blocking them.  If you would like to discuss how Cognitive Hypnotherapy could help you stop smoking then please give me a call or send me an email. 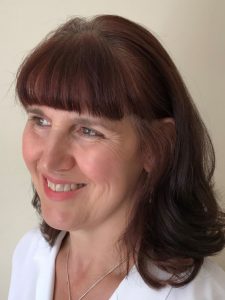